I’ve sinned again by putting stuff before God. You might’ve done something similar and feel ashamed but have hope – God wants to forgive you and restore your relationship with Him.

Many of you already know about my weakness to do as much as possible in a short space of time. It’s something I refer to on this blog quite often – probably because it is a real struggle for me. I always have my ‘little’ list of things to do. They are extras to do when I get spare time but my ‘like to be busy’ mind turns them into priorities too often and too easily.

I’m on maternity leave at the moment so have a bit of spare time and the temptation to put doing things first is quite big.  Despite prayer and trying to make things different this time, I’d made a wrong choice again.

God was not pleased about that and neither was I. Only Satan rejoiced because, once again, he managed to get me into the same trap. And made me feel bad about myself – exactly what he wants to achieve, not only in my life but in yours too.

However, through His word, God graciously showed me that I made a wrong choice and when I repented, He showed me love and grace like never before.

What’s more, He made me realise some important truths.
I want to share them with you oping that they’ll help you build your relationship with Jesus and, as a result, live a better life.

God is always ready to forgive you

First of all, what I’ve realised through this experience is that there’s nothing – no mistake, no sin, no bad habit which God cannot forgive.

He’s gracious. He is loving. And He wants us to live in a close relationship with Him. He will do whatever He can to bring us back close to Him. He will be there waiting with open arms, if we decide to come back with a heart open to Him and ready for a change.

If there’s something that has separated you from God lately, don’t delay restoring your relationship. Even if you’ve done the same wrong thing AGAIN, do not feel ashamed. There are no limits to His grace. Go to Him and genuinely ask for forgiveness. Be prepared for some discipline and be ready to make changes in your thinking and in your actions but remember:

Theres is another side of this coin though. Of course, if you genuinely repent and ask for forgiveness, He will welcome you with open arms. But He doesn’t like to be offended by the same sin again and again. And He doesn’t want us to be stuck in a habitual sin which prevents us from living in His presence and enjoying the fullness of life with Him.

If like me you’ve made a wrong choice too many times, look at the origin of your sin and make a conscious choice of not going the wrong way again. Know the truth and truth will set you free. God will be faithful and will help you stay away from the same habitual sin.

Anything can be our idol

Doing things, especially when they’re good and productive, looks very innocent. You wouldn’t say it’s an idol but when it replaces prayer, reading the Bible and becomes a substitute for our relationship with God, it becomes one.

The verses below are some of those that God used to show me that I had found more pleasure and satisfaction in doing things than in spending time with him.

Do not turn away after useless idols. They can do you no good, nor can they rescue you, because they are useless.

That’s why we need to examine our lives regularly and see what’s been crippling in to replace our desire to be with God and what’s been giving us more jsatisfaction that being with Him. Be careful – you might think that doing something just once is nothing harmful but once is enough.

If you think you are standing strong, be careful not to fall. The temptations in your life are no different from what others experience.

We live only by God’s grace

I was only able to realise my sin because God had opened my eyes and had grace for me. He didn’t want me to keep going in a wrong direction and distance myself from Him even more but he wanted to see me back on track, right by His side, so I could continue fulfilling His will for my life and bringing Him glory.

2nd part of verse 13 from the above scripture says:

And God is faithful. He will not allow the temptation to be more than you can stand. When you are tempted, he will show you a way out so that you can endure.

We can go through each day only because God is with us. We can only make good choices because of His Spirit and can be kind because of His example etc.

If we lived by the desires of our human (sinful) nature as Paul describes in Romans 6, we would be as good as dead. But living by God’s Spirit brings us life.

God must be first in our lives

This is a truth which I keep going back to. And I saw it true in this situation again.

We might think that other things will make us happy and give us satisfaction but they won’t.

They might give us satisfaction for a short time but it’s only in God that we find lasting joy.

Doing just one more thing, or whatever it is that you’re trying to replace God with, will fill a gap for a short while and will give you a quick boost of adrenaline but nothing else. The sensation will not last and when the adrenaline goes down, you’ll find yourself with nothing but the emptiness.

We can do things and follow plans but if they don’t come from God, they’re worth nothing. He must be the first one in everything so we can follow His direction. God is just so beautiful and living with Him is all we need, really.

We need to surrender all

And we need to surrender absolutely ALL to Him. Hold NOTHING back. Don’t worry, He’ll give you more than you need but He wants to see your heart.

The same like He did with Abraham when he asked him to sacrifice Isaac. God didn’t want the boy to die, He wanted to see if Abraham’s heart was in the right place. It was and it needs to be the same with us. It’s all about the heart and there are many scriptures that remind us of this.

But seek first the kingdom of God and his righteousness, and all these things will be added to you.

When I realised my sin I couldn’t believe that I did the same thing again. After all these times, learning etc. But I did. Because I’m human and it’s so easy to follow my own desires. We can only be strong when we lean on and rely on Jesus.

A few days after I’ve drafted this post, I read in Romans 6: You’re not a slave to sin anymore.

It felt like God spoke directly to me and reminded me who I really am – not a mindless human being giving in to whatever comes my way but His holy child who have everything to stand firm and have faith and trust in Him.

And He speaks to you through this too. If you’ve done the same thing wrong again, go to Him, turn away from your own wrong choices and live by what He says is right. Be restored in your relationship with God and go living for His glory.

I have written this post because I believe there’s someone out there who is either dealing with a similar habit to mine or a different one but your behaviour follows similar pattern.
I also want to be honest with myself, those around me and all of you, readers of this blog – to show that we all fail and are weak without God but in Him there’s hope.

Getting stuck in habitual sin prevents us from growing spiritually, enjoying the abundant life God prepared for us and most importantly, it separates us from living in His presence. And the latter is what good good life is really about. If there’s anything that has separated you from God recently, don’t delay going to Him and asking for forgiveness. He is waiting for you with open arms. And He loves you more than you can imagine.

It’s amazing to be restored to God and enjoy his presence again. Doing less but with Him feels so much more satisfying.

One thought on “Stuck in habitual sin? Read this” 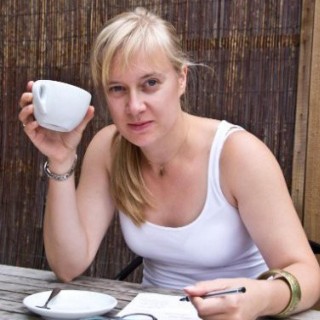